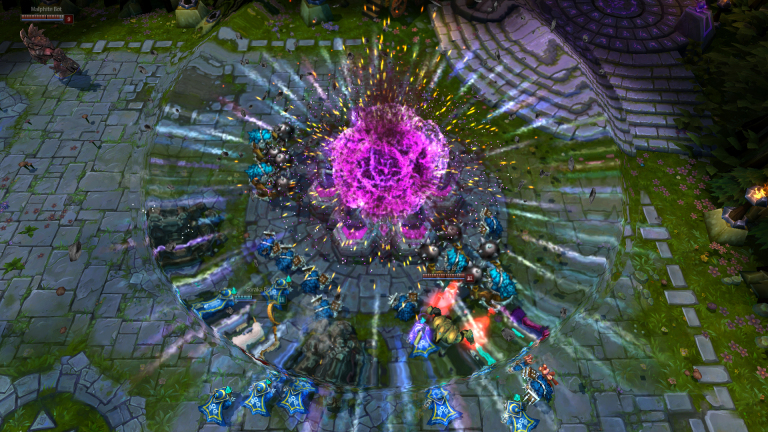 If you aren’t one of the millions who follows the League of Legends professional scene, you may have missed the fact that it is time for the 2014 World Championship! The tournament, colloquially known as Worlds, is now underway with its A / B group stage. After the A / B and C / D group stages, the tournament will proceed into a bracketed elimination.

All broadcasts are available over at the official website. Were you looking forward to a particular game but missed it? They’ve got you covered with the VODs (that’s “video on demand” for the uninitiated).

I know next to nothing about League. I’ve been following the Dota 2 scene for a little over half a year, so I’ve got a basic understanding of the MOBA genre, but I can’t name three League characters. Still, I found the championship is an interesting spectacle.

In a weird way it reminds me of the Olympics: you don’t have to know very much to be entertained. I’ll end up watching games with teams that I have never heard of, with the players playing heroes (excuse me, champions) that I don’t know about, yet still I find it compelling.

I’m going to have to put the reason behind this on the enthusiasm of the commentators. It’s their job to impart their excitement onto the audience, and they often know more than the average viewer (and much more than me). Even if the experienced viewer may know what is coming up, I don’t, and someone assisting me to create the drama makes the entire experience enjoyable. Overall, I was quite impressed with their casting, although I wish that there was a stream for the newbies, as there was in the International for Dota 2.

One thing that I immediately noticed was how hard it was to know what was happening on screen. This speaks to the need for one to develop an understanding of the language of the game in order to understand what is going on. When watching Dota 2, I’ve gotten to the point where I have an idea of who is going to win a particular engagement. I find that the graphical style makes this more difficult for me to discern what is going on, but again, that is most likely because I’m coming from a Dota 2 background.

And on some level that doesn’t matter. Even if I can’t name the abilities being used, I can understand when a player moves to be aggressive, the player moving in to attack despite being severely wounded, or the trepidation when you see a player walking into a trap. League of Legends provides something that Dota 2 doesn’t which I find can amplify this: the presence of bushes that hide your champion while moving through them. Any time you create a disconnect between the knowledge of the player and the spectator, there is an inherent tension that makes it an exciting spectator event.

Overall, I enjoyed the few games that I watched this morning. I even installed League and played the tutorial a bit, just to try to better understand the game. I’ll keep watching Worlds and rooting for random teams. 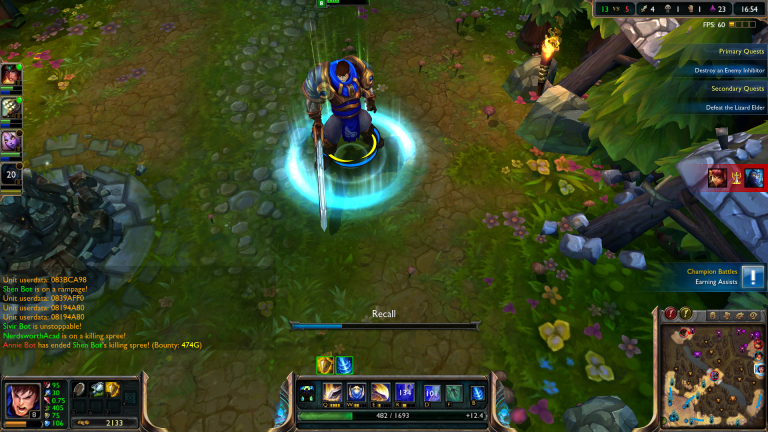 I decided to give LoL a shot today. I played a sword-wielding character with a powerful, but slow attack.

Who knows, maybe I’ll even learn something about the game.