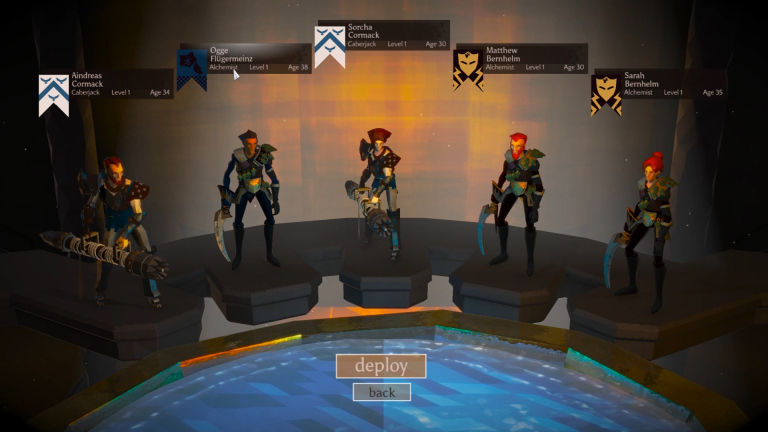 As I progress further into my second playthrough of MASSIVE CHALICE, I am learning more and more about how best to employ Alchemists.

I used them very little in my first game, mostly due to their low accuracy, low ammunition (only five flasks per alchemist), and general fragility.

I still feel that for just about every application, Hunters are superior: they have unlimited ammo, their accuracy is not affected by range, they have longer range, can employ stealth for scouting, and can do more single-target damage. Alchemists only benefit from being able to use two accessory slot items, turning them into solid healers, and doing damage to enemies that are packed closely together.

The issue that I have is that the situation of dealing with many enemies at once is completely irrelevant if you use Hunters instead. A team of five Hunters could simply pick off all of the enemies at maximum range, one at a time. The only exception to this rule are the Bulwarks, who only take full damage from one enemy attack each round.

Still, it has been fun using Alchemists. I still think that they need considerable love in the form of buffs, however, before they’re competitive with the other two classes.