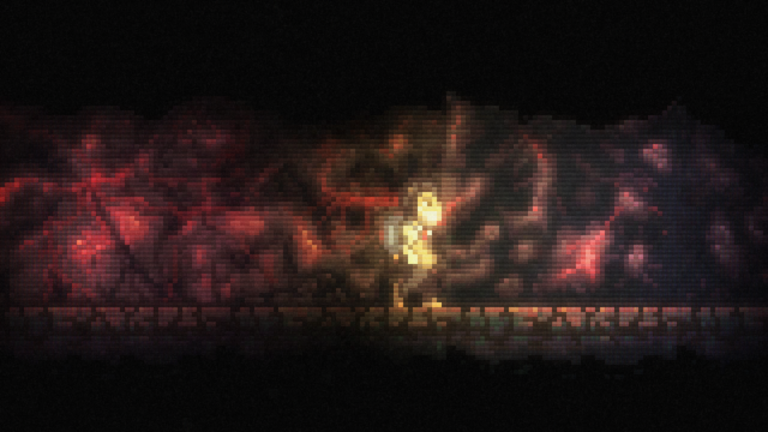 I want to encourage everyone out there to pick up The Humble Indie Bundle V. It’s amazing.

The way it works is you pay what you want for a bundle of superb indie games, with the proceeds being split among going to the developers, going to Child’s Play charity and the EFF, and a small amount going to the Humble team in the form of a “humble tip”. The games are all DRM free and available on Linux, Mac, & PC.

Just a couple of days ago I was washing dishes (and thinking about games, of course!) and I thought to myself, “The only way this bundle would get better is if they included Braid with it.” The next day, the Humble team decided to add Braid, Lone Survivor, and Super Meat Boy. Wow wow!

So, let me break this down for you. You can pay whatever you want to get the following:

Plus, if you beat the average, you’ll be graced with the presence even more great games!

The average at the time of writing is pitifully low ($8.24), so there’s no reason not to pay more than that to pick all of these titles up.

Not only do you get 8 great games, but you’ll also gain access to high-quality soundtracks for Swords & Sworcery, Bastion, Amnesia, Limbo, and Psychonauts!

Honestly, I already owned most of these games, but I threw down some cash both in support of the Humble team and also to pick up the soundtracks. It’s money very well spent. The only sad thing is that the soundtracks for Lone Survivor, Braid, and Super Meat Boy aren’t included.

Still, go get this bundle guys! The bundle will end in a few days, so go out there and get it now!

These are the veritable all-stars of the indie community and must-owns for anyone with any passing interest in games.

So why are you still reading this?! 🙂