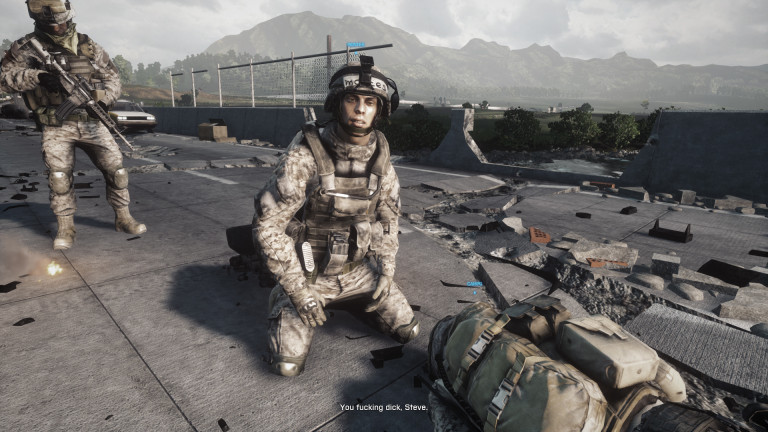 What happens to games when they die?

Imagine that you’re sitting with some friends at your home and the subject of video games comes up in conversation. Everyone starts chatting about their favorite games and gets really excited about Super Mario Brothers 3. “Remember that awesome raccoon suit?” “I hated the slippery ice world!”

The jubilee continues and everyone takes a place on the couch while you dust off your NES. As the power button sticks with a satisfying sound, the Super Mario Brothers 3 logo flickers onto the screen briefly then is replaced with an error message: Could not connect to Nintendo Servers.

You aren’t able to play a game that you love at all. How horrible would that be?

A few weeks ago NCsoft announced that they are pulling the plug on City of Heroes and shutting down Paragon Studios. The last day for superheroes to do battle against evil in Paragon City is 30 November 2012.

Why do I care? Well, for about six weeks in the Summer of 2004 City of Heroes was my MMORPG of choice. I role-played a jackalope warrior prince exiled from his homeland (seriously). I hopped around the city, fighting thugs and monsters with my vicious claws. As much fun as it was to be a more modern rendition of Jazz Jackrabbit, I eventually grew tired of the game and stopped playing. My emotional connection to the game is minimal and the end of the game doesn’t affect me very much personally, but I can’t imagine what players who have sunk thousands of hours of time and energy into the game must be feeling.

This pattern has been repeated by other MMOs as well. Just last year Star Wars: Galaxies was unplugged despite an outcry from thousands of active players. The reason is obvious: it was shut down to make way for a new Star Wars MMORPG Star Wars: The Old Republic, and someone was afraid that leaving the old servers active would cut into the sales of the new game. Maybe it would have. Or maybe not.

But my concerns are even bigger than the woes of current players.

My main concern is the fact that once the servers go down, no one will ever be able to experience that game in its original form again. A piece of human culture is lost.

I studied history as an undergraduate in college, and in history, nothing demands more careful examination than primary sources. Primary sources are artifacts that were produced at the time in history that you are studying. Usually this is written works such as official government documents, diaries, books, and so forth, but it can also be artwork, tools, building, weapons, or video games.

Video games are a potential resource for all kinds of academic studies. As an art form in its own right, you might choose to chronicle the development of new genres, chart the evolution of game mechanics, compare the use of storytelling from one game to another, or examine how various art styles came and went into fashion.

Video games also offer a portal into a myriad of other studies, such as economics (like the work done by Edward Castronova) and psychology (such as the Daedalus Project). Games reflect on our present-day cultural values and prompt debate about what is and what is not acceptable behavior. Games also push the envelope in terms of hardware and software technology, allowing games to be used as a rough measure of technological limits of consumer-grade products at a particular time period.

Games are valuable not only as a means of entertainment, but also as a window into the past. When games rely on external servers or external sources in order to function, they become more historically fragile and more likely to be rendered completely unplayable in the near future.

Not just an MMO problem

MMOs are not the only games afflicted by this frailty. Many games now require online authentication upon each use, such as Battlefield 3, Diablo 3, and even Minecraft. As more games turn to “Always Online” authentication systems as a digital rights management solution, the risk of future scholars losing access to these games increases. Regardless of how much you might think that you “own” your level 60 Barbarian, when Blizzard shuts its doors you will not be able to play. And that’s assuming that Blizzard doesn’t ever decide that the cost outweighs the gains.

It may not matter, historically speaking, that a single game is unavailable. I don’t think that we need to have a working copy of every single Call of Duty clone ever published. However, I am worried as these tendencies are running throughout various platforms and genres.

I am growing increasingly concerned that the wonderful tapestry of the history of games will be filled with holes in the coming decades. I know that there are ways around central servers and external resources (e.g., hacking a game to avoid authentication, using a non-official server, and so forth), but I would like to know if there is a plan to preserve our cultural heritage. This is something that I am planning on researching further.