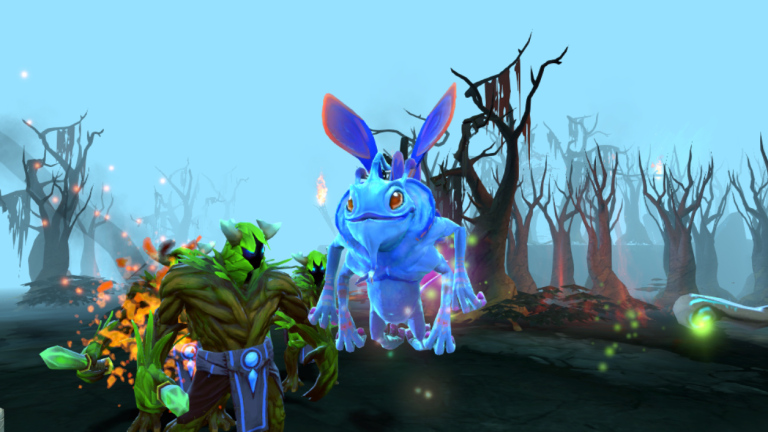 Free to Play: The Movie | Valve’s documentary isn’t just about the game

When I sat down last night to watch Free to Play, I didn’t quite know what to expect.

I knew that it had to do with Dota 2 and esports, but I was not sure of the angle that it would take. Being that it is produced by Valve, Dota 2‘s developer, I hoped that it wouldn’t be an hour-long commercial for the game (it isn’t). For some reason I thought that it would be more focused on the design of the game itself, the history of the original Defense of the Ancients as a Warcraft 3 custom map, how it grew so much that Valve decided to pick it up and make a stand alone game out of it, and how that game grew into a professional esport.

However, I was wrong on just about all counts.

The documentary isn’t really about Dota 2, or if it is, only a little bit and only tangentially. Free to Play is a documentary that follows a few individual players from several corners of the world as they approach and compete in the largest Dota 2 tournament, The International. This first International offered a prize pool of over one million dollars, dwarfing all other tournaments that had been played up to that time.

The documentary follows three players: Danil Ishutin, “Dendi” of Natus Vincere; Benedict Lim Han Yong, “Hyhy” of Scythe Gaming; and Clinton Loomis, “Fear” of Online Kingdom (now of Evil Geniuses). Each player has their own reasons for getting into competitive gaming, but all three want to win. Opposing our heroes is the specter of the Chinese Dota 2 teams, which had a more mature competitive scene at the time, and which were expected to dominate the tournament.

The three players’ stories are the heart of the documentary. Each player has multiple interviews over a period of time leading up to The International and beyond it.

Along with following these players closely, the documentary also includes several interviews with family members, and I found it intriguing how much variance there was in the acceptance of professional gaming as a career path. Danil’s family seems ambivalent, though Benedict’s family seems the least receptive to it, with Benedict commenting how his family only ever talked about his grades, and how once he started playing seriously his grades suffered. The hostility expressed by his family may also have to do with the fact that he had to miss his final exams to attend The International, causing him to fail his classes and set him back a semester.

Something that surprised me about the documentary is that the three players are empathetic, but all three seem to be somewhat unhealthy or unhappy.

Danil used Dota 2 as a means of dealing with the loss of his father, who died from cancer. He’s a bit of a goof, but I wonder if that is part of a manic-depressive cycle or as a means of concealing inner demons.

Benedict feels alienated by his family who does not approve of him aspiring to be a professional gamer, and seeks to reunite with his ex-girlfriend, the only one who shared his love of games and supported him. He wants to win The International so as to help mend fences with her, their parting being on less than good terms. He ends up sacrificing his schooling for a chance to be the best in the world.

Clinton keeps such odd hours that his mother kicks him out of the house and is often seen with bags under his eyes. He also appears to be somewhat strapped for cash, using an old computer monitor and a makeshift desk, and worries that he may not be good enough to compete to make a living from professional gaming.

When the players reach The International, the documentary shifts a bit and follows the teams’ progress through the tournament. I found it a little confusing as there isn’t a good explanation of the tournament rules. Some of the matches appear to single games, whereas the final is a best of five. In any case, I found that it was a little bit harder to follow than it needed to be.

The film uses some fancy animations to highlight the drama of the games, which looks a bit like the rendered opening cutscene for Dota 2. It’s a bit hammy, in my opinion, but I can understand that it may help the documentary more exciting for someone who doesn’t regularly play Dota 2 and who may not be able to read the raw gameplay footage.

One thing that I found a little odd is that the documentary never mentions the significance of its own title. There is a moment in the first act where several prominent personalities are discussing how Dota 2 games are structured, and I feel that it would have been a great moment to mention the benefits of a truly free to play game.

Some games advertise that they’re free to play, but it is more like a “free to try”, or “free to play a little”, with certain classes, characters, or gameplay features only available if you cough up some dough. One of the things that drew me to Dota 2 is that anyone can install the game at no cost and experience the game in its totality, playing all of the heroes and rising in the ranks as high as their skills allow them.

It wasn’t what I expected, but that ended up being a good thing. I found the players’ stories to be compelling and heartrending, and the backdrop of the rise of competitive gaming makes it a valuable historical piece. I was pleasantly surprised about the entire production, as I was somewhat concerned that it would be too much like a one-hour commercial for Dota 2, but the human element made it much more interesting. In short, the documentary could have been about any competitive game, not just Dota 2, and I think I would have enjoyed it just as much.

Valve, you should make these for all of the other Internationals. Especially TI3.

Free to Play is freely available on Steam, YouTube, Amazon, or iTunes. It was released in 2014 and has a run time of about 75 minutes.