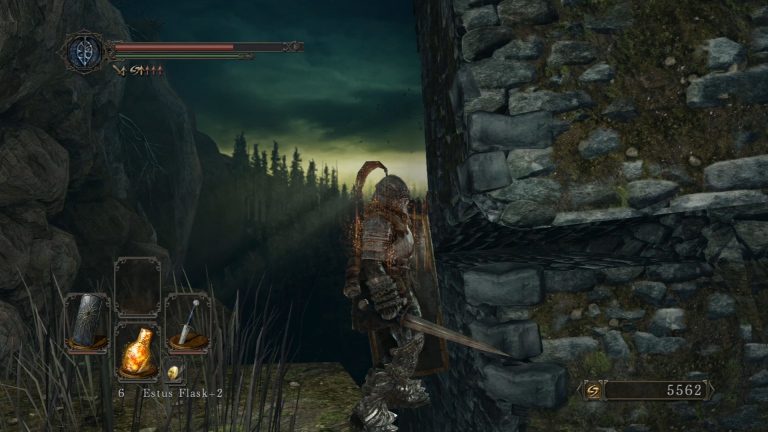 That One Jump You Can’t Make, a Dark Souls 2 death montage

There is something incredibly cruel about Dark Souls 2. Or maybe that is just my own masochistic tendencies.

When I saw a shiny bauble on a ruined tower just out of reach, I decided to jump to get it. I missed the jump and fell to my death.

No matter what I tried, I got stuck and was not able to get the shiny bauble which in all likelihood held nothing of great import, but I could not stop.

It was a case of Sunk Costs; I had already been trying to get the bauble for so long that it would be a waste of my time to stop (not to mention a sleight to my gaming ego).

The only choice was to continue to try to retrieve it, despite the loss of sanity and pleasure. Yet in a strange way, this simple event is a microcosm for the appeal of Dark Souls: you see an obstacle as impassable, but try anyway. Your perseverance is awarded with a sense of satisfaction and a case of Nintendo thumb.

Once again, don’t play angry. Little good comes of it.