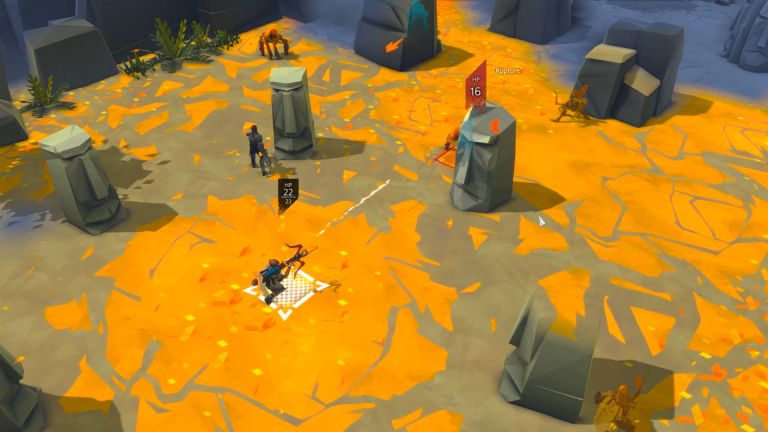 MASSIVE CHALICE Playthrough PART 7: The Ostrich and the Moai

My battle against the Cadence and its Pawns continues in part 7 of my MASSIVE CHALICE playthrough: The Ostrich and the Moai.

One of the things that I appreciate very much about MASSIVE CHALICE is the art style. The shapes are all exaggerated and the characters’ forms look as though they could be carved from stone.

Nothing epitomizes this more than a circle of enormous Moai-inspired heads I discovered on a battlefield. It was awe inspiring.

I then proceeded to smother one of them with the gruesome remains of an exploding Rupture, leaving the Moai to look as though it had been decapitated from a giant.

But the nation must survive!