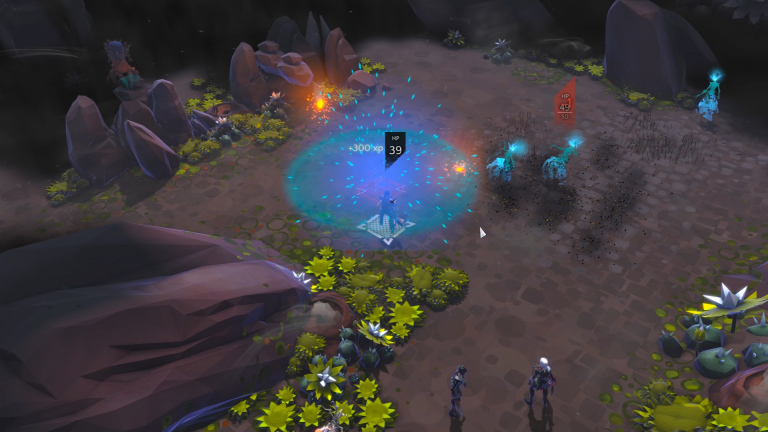 It is utterly fitting that the episode in which I am introduced to “Advanced Lapses”, powerful spellcasting enemies whose magical bolts cause your heroes to forget some of their knowledge (in the form of lost XP), that I screw up my recording setup.

There is some complication between my microphone and Adobe Audition: whenever I start a new segment, the first thing I record is littered with all kinds of junk noise. It just takes a second to fix, as the second recording in any session is perfectly fine.

However, when I went to record part 18, I forgot to do a single preparation recording. As such, I ended up with 50 minutes of static garbage.

So, I decided that I would do a post-play commentary, which turned mostly into me complaining about yesterday’s recording fiasco and my general thoughts on MASSIVE CHALICE.

If you can make it through the rant, there may be some good commentary in there.