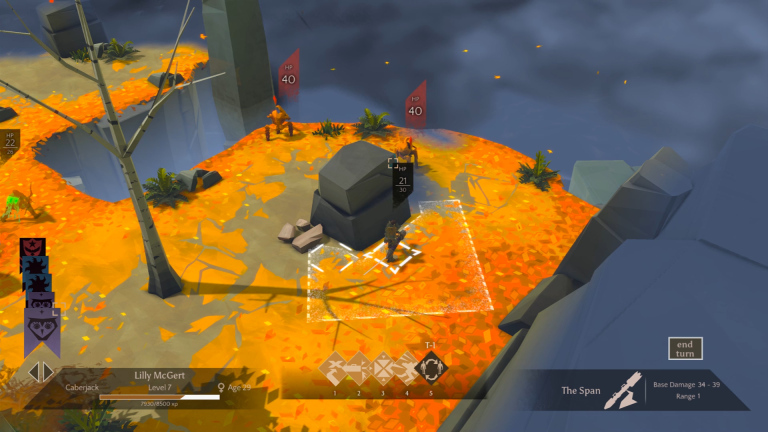 While usually the Cadence do a fair amount of lollygagging around, sometimes they like to hide. This hiding can take place around building corners, behind trees, or behind giant rocks.

When Lilly McGert advanced to a small-sized boulder, she didn’t expect to find a small Cadence party behind it. But that’s precisely what she found.

So, having found the enemy she had been seeking, she took up the role of the hider, and hid herself on the other side of the boulder while she waited for her friends to come help.

The AI in MASSIVE CHALICE does some odd things, and I think that in general it is far too passive; I think it may help limit the Hunter’s overpoweredness to make the AI more aggressive as well, since the AI would be trying to close the distance as quickly as possible.