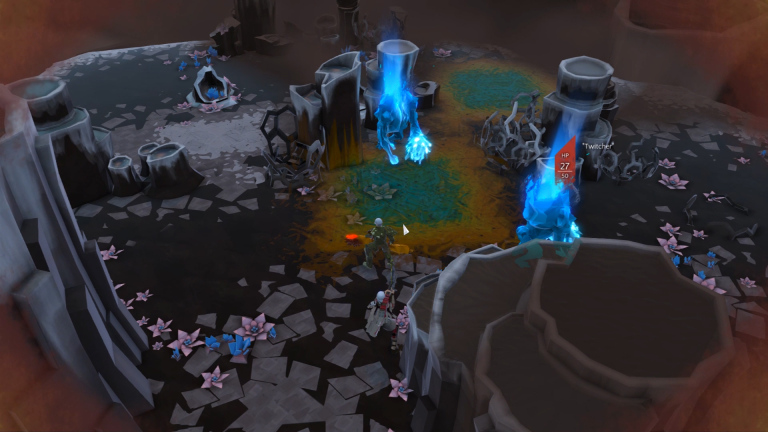 Yesterday I was distraught to learn that when I filmed the fourth day of season 3, none of my recordings had any in-game audio in them. Blarg. It’s a bit of a pain, and I don’t want to upload to my YouTube account a bunch of videos that don’t have any audio, so I’ve made an executive decision to re-record those episodes during today’s stream. I considered using the Twitch videos, but the problem there is that I can’t adjust the audio to be more aligned with how good the audio should be for a YouTube video.

On the bright side, my new Blue Snowball microphone arrived on Wednesday, and I’m enjoying it a lot. The sound quality is better than my lapel mic that I had been using, and it gives me a little more flexibility in how I sit in my chair as well (since my lapel mic’s chord was quite short).

In any case, here are the videos from Season 3, Day 3 of MASSIVE CHALICE!

Starting off today’s footage is episode 8, where I try not to get too emotional over the loss of my heroes from the previous episode. Though it was a brutal victory, I’m hoping that I’ll be able to recover from episode 7’s mishaps. Also, I deal with some gambling heroes.

Between episodes 8 and 9, Double Fine Productions released a patch for MASSIVE CHALICE. This patch introduced a number of balance changes for the Alchemist and Caberjack classes, as well as GREATLY increased the construction time for all buildings. I think that I may have had something to do with that, sorry everyone. I knew that no good could come of me sending my Season 2 saves to Double Fine, but Brad’s beard was too impressive to refuse.

Episode 10 has a fair amount of bridge fighting, making it one of my favorite episodes. Aesthetically, I don’t really like the zone too much, due to its washed out colors, but for some reason this battle ended up being a lot of fun.

In episode 11, I deploy my troops to the dense and muggy jungle, only to find them beset by every Rupture in existence! Needless to say, there is a lot of “splat”ing going on.

Sometimes you just need to let someone go. Or a couple of someones. You know, to help with “the Greater Good.” Because, honestly, keeping grandpa’s old crossbow around makes sense if he died heroically (or even pointlessly) in battle.