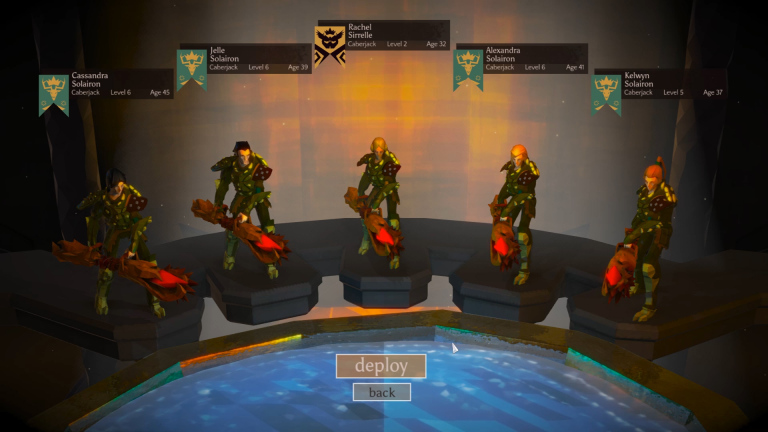 Luckily, my (new) fourth day of filming went off without a hitch. I was so sad when I had lost a day’s worth of footage. It’s a bit depressing, actually, to spend so much time doing something and then to have it not end up the way that you want (as in, not end up being very useful). It was still fun to film, and a few people dropped in to hang out, but it still is a big bummer.

But I’m not going to let it get to me. At least not too much.

So, let’s get to today’s episodes!

The first episode of the day, number 13, contains terrible family feud. Nothing makes me sadder than to see my heroes fighting one another, but what else can I do? Certainly one character beating the other to a pulp will help with the war effort.

The next episode is one of my favorites, mostly because I decided to bring 5 Caberjacks. Now, I like Hunters well enough, and Alchemists are fine, at least so long as they don’t blow up my teammates, but Caberjacks are my favorite class, so bringing a handful of them makes me giddy. House Solairon is definitely carrying the weight of the world this episode.

Also, this episode features about as many Ruptures as I’ve killed up to this point in the game. So if you enjoy bronze-green goo splattering everywhere, then you’ll like episode 14.

One of the weirder things about MASSIVE CHALICE is the fact that you’re constantly setting up marriages. Now, I know that these are strategic unions, with the player taking on the role of the lead eugenics expert, but they do sometimes feel a little weird. The family tree one of my fans created for Season 2 highlights the, ahem, closeness of the families. It is not uncommon for cousins to marry one another.

That said, it’s a little weird for me when the cousins have the same sigil. I’m not sure exactly how this happened, my guess is two Mosbrons were subsequent regents of the Mosbron keep. This caused two different Mosbrons of the next generation to be cousins, but because they were born in the same keep, they kept the same sigil.

In any case, it was a little weird and luckily one of them had poor traits.

In episode 16, I race to save what is quite possibly the most powerful couple in the history of MASSIVECHALICE. The Kittenfoot Keep is under attack, and an entire litter of kittens is at risk!

If you have watched all of my episodes, first of all, props to you, and second of all, you will probably know that my least favorite enemy is the Lapse, mostly because of the sheer pain that they can be, especially in groups and especially to my beloved Caberjacks.

In this episode, I extract sweet vengeance on a whole group of them. And it was so, so sweet.