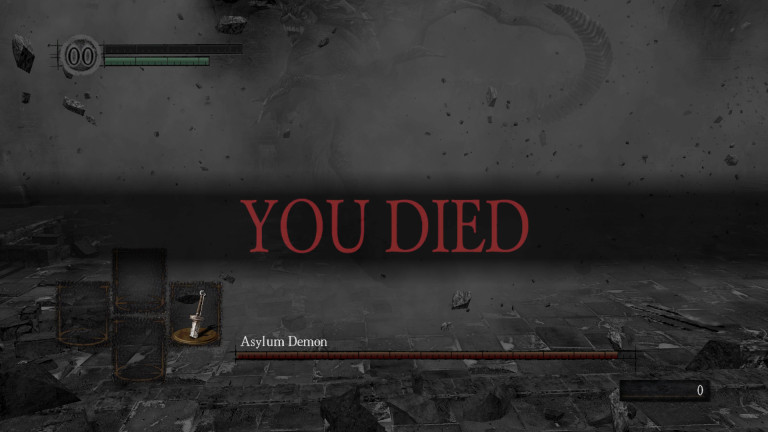 Anyone out there who follows my stream or redon a regular basis knows that I usually take games somewhat seriously. I mean, I do keep a blog about them, so one would think that I care about them at least a little bit. Sure, sometimes I’ll mess around, but for the most part, I’m a try hard. When I play, I play to win.

My Style of Play = Stubborn

Take Battlefield 4 for instance. Whenever I play BF4, I love to use either the M4 or M16, and my typical kit includes a suppressor, IRNV sight, and smoke grenades. I’ve noticed that many people playing online don’t seem to realize that the IRNV allows you to see people through smoke. So, my typical strategy is to throw smoke around corners and so forth before moving in carefully to shoot people who can’t see me well or at all.

It works about as often as someone decides to throw a grenade right at the smoke, which is about half the time.

But the point here is not whether using a particular gun/loadout combination is superior to the other. Rather, the point is that I love that particular playstyle, and have always found it a blast to play. Whether or not it is optimal doesn’t factor into the equation in my head.

I do this for almost any game that I play, either subconsciously or consciously. I mean, I did write an entire article about how much I enjoy the javelins from Chivalry: Medieval Warfare. When I play Dota 2, I’m either playing Omniknight or Bristleback probably 80% of the time.

The point is that I’m a stubborn gamer. I like to play my way. While I like to win, I’d rather lose than do something that would break my immersion (such as cheat codes or gaming the game).

Because of this, it’s hard for me to know when to quit. It’s hard for me to recognize that it’s not that I didn’t execute the strategy well enough, it’s that I need an entirely new strategy. Or that I need to lower the difficulty level. Or make the game a little easier by using a better weapon or breaking my role-playing rules.

It’s hard for me to know when to give up.

It’s going to be a Long War

All of this introspection came about in the last couple of weeks as I played through the most excellent Long War modification for XCOM: Enemy Within. The mod is brilliant. It lengthens the game considerably and adds in new soldier classes, weapons, armors, and mechanics. It’s an awesome modification. 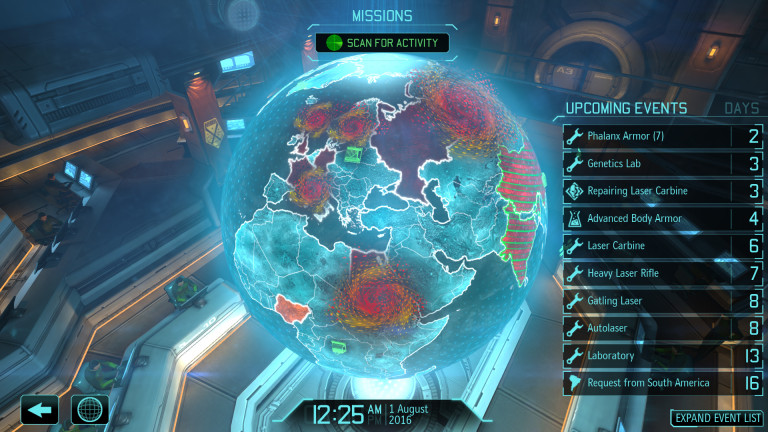 This is where I left my second Long War campaign. With most of the countries in dire straits, and about 10 non-rookies in the barracks. It’s bad.

But it is hard as hell. My memorial wall was filling up very fast as I went through the game on Classic. The redshirts were arriving one day and being deposited in the morgue the next. The mod is brutal. More importantly, it’s hard to tell when to call it quits and restart the campaign.

Some people will quit or restart a campaign as soon as something doesn’t go their way. They lose a critical soldier or piece of equipment, and they’ll simply restart. I’m not like that at all. I usually fight to the bitter end, or at least until it’s fairly obvious that there’s nothing that I can do. And I don’t think that it’s possible to complete the campaign without having one mission go pear-shaped.

So there I was, for the last two weeks, playing an awesome mod and slowly (or not so slowly) dying.

Pacing and the Death Spiral 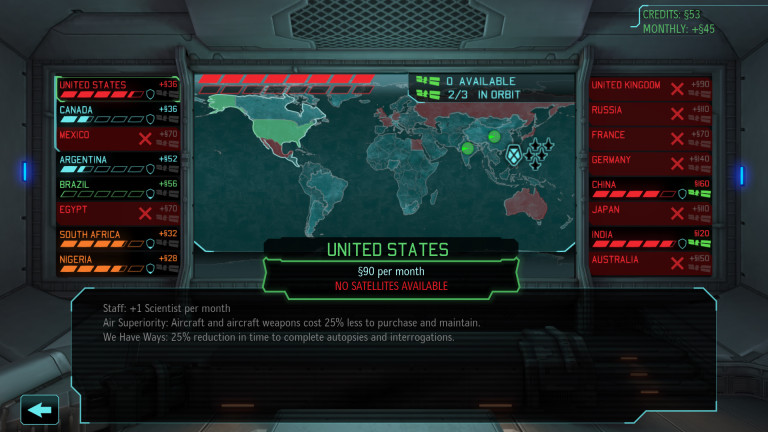 If you lose a critical soldier or most of an entire squad, it makes the next missions more difficult due to the extra restrictions on your resources. If you are doing the missions and you win most of them, but lose soldiers and materiel, you can still fall behind the aliens in technology, and at some point the missions will become brutally difficult, which causes more casualties, which makes future missions more difficult, etc. It’s a death spiral, and it’s hard to know when you’re on it and when you can get out of it.

It has to do with the losing conditions and the way that Long War is paced. In the base game, you lose when half of the countries leave the XCOM project. With Long War, the game will allow you to continue until every single nation leaves. Also, alien abductions only occur at one place at a time, meaning that it’s possible to respond to those threats every time (rather than the multiple locations in the base game).

Already I’ve had to choke up and abandon two campaigns that are un-winnable as far as I can tell. It’s a very hard thing to do, when you’ve invested 30 hours into a game to realize that you cannot succeed, and the best thing that you can do is to restart. A squad wipe is a major setback, and two or three over the course of a month spell defeat. And when each character is named after one of your viewers, it’s even worse.

Sunk Costs: When to Pull Out

It’s a sunk costs problem. The more you have invested in something, the harder it is to let it go. Often this is associated with money, but in the case of gaming, it has more to do with time and emotional attachment to the game and its characters. The mental process goes something like this: “Well, I’ve already invested 30 hours into this game, I’d better keep going. Otherwise all that time would be wasted.”

And honestly, for most games, this is a perfectly reasonable way to play. Most games are forgiving, allowing the player as many attempts as they need to kill a boss. Dark Souls is a good example of this. While there are penalties for dying (such as the potential of losing the souls that you have acquired, the game’s currency), for the most part, the game celebrates its difficulty and doesn’t punish the player for taking as many attempts as they need.

Role-playing games that involve character development and choices often allow players to “respec”, or re-specialize their character, if they took abilities in the early game that are then discovered to be less valuable than the alternatives.

The amount of time invested makes it harder to pull out, despite all of the signs pointing to eventual failure and the fight becoming increasingly desperate. 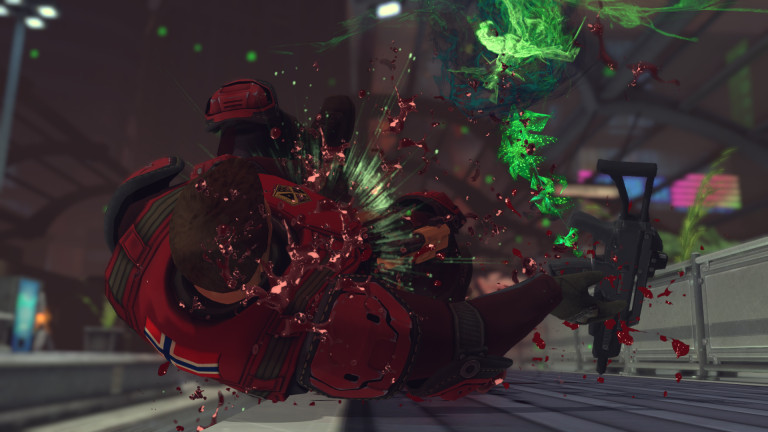 A historical re-enactment of pretty much every mission from my last two campaigns. Dead redshirts everywhere.

So that’s how my last couple of weeks have been: working on improving my XCOM skills while killing off as many followers as possible. I’m a stubborn person, and giving up on anything is hard, but I also do not wish to keep putting time into a campaign that is doomed, especially once the death spiral tightens.

Failure as an Opportunity

So, for now, I’ve decided to start a new playthrough but use the Normal difficulty setting, with a number of second wave options to increase the randomness (a little).

I definitely want to beat Long War on Classic, but for now, I’m content to at least learn the game a little more on Normal. Also, playing on the easiest difficulty will give me the opportunity to get into the late game and learn that part of the mod.

While it may not feel quite as good as winning on Classic, I’m sure that I’ll learn a lot about the game and how the technology tree works, hopefully making my next attempt at Classic more successful.

I feel like it’s been a good experience to lose. It will make winning that much more fulfilling… when it happens. Because while I may give up on a single campaign, I won’t give up on the game. Or my ability to complete it. 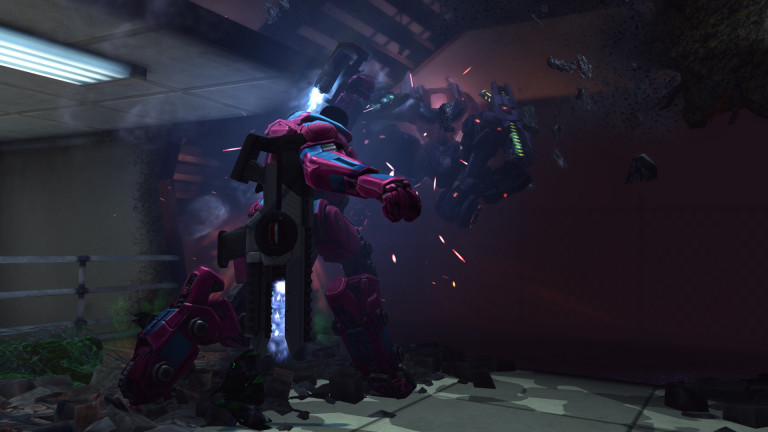 Some day. Some day I’ll have a MEC and punch things.

Also, XCOM 2 has been announced! I’m looking forward to the gameplay footage and information coming int he next few weeks.