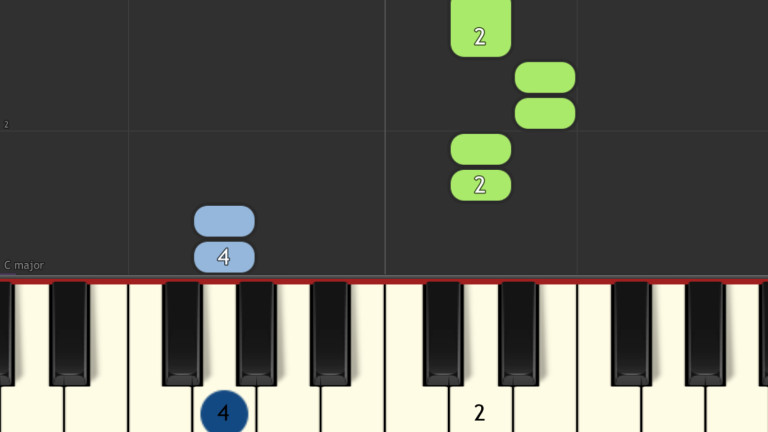 Learning to Play the Keyboard

I decided to treat myself this year to a bit of a birthday present: I picked up an Akai MPK Mini keyboard off of Amazon. The Mini has 25 keys and connects to your computer via a USB cable, allowing you to rock out whenever you please.

This purchase came as a bit of an impulse, though I have been wanting to write some songs the last month or so. It’s seemed like something was missing from my life, and I think it’s my creative drive telling me to revive my interest in bad poetry.

The thing is, I don’t know how to play keyboard.

The thing is, I don’t know how to play keyboard. I played clarinet in the middle and high school band, but could never get the hang of guitar or keyboard, despite sitting down and trying both instruments in my life.

The Mini is small, about the size of my typing keyboard (not counting the num pad, that is), and features 25 keys (two octaves, plus an extra C). I don’t know that I can comment about whether or not the keys respond as they might on a nice full electric keyboard, or if they feel like a piano. The keys work fine, though there seems to be a slight delay from the time when I think I’m pressing them and when the sound comes out. I’m not sure if this is a delay that is added on purpose (to mimic a piano) or if it is some other issue, perhaps related the device drivers or the model itself.

In any case, I’ve been having a ton of fun playing around with it, watching some YouTube videos about learning to play the keyboard and how to read music. It’s been so long since I tried reading music, I think I’m starting from scratch.

A bit of Gaming

So far, I’ve been rocking out mostly to tunes such as “Mary had a Little Lamb” and “London Bridge”, but I’m making progress.

After a few more days of practice, I’m going to write a more proper review of Synthesia. Considering that the program awards you points, it sort of acts as a game in that sense. So I think that I can finagle it into my blog without too much of an uproar.

Till then, I’ll have to simply keep playing.

And clip my fingernails. It’s painfully obvious when trying to type or play keyboard when they’re getting long.