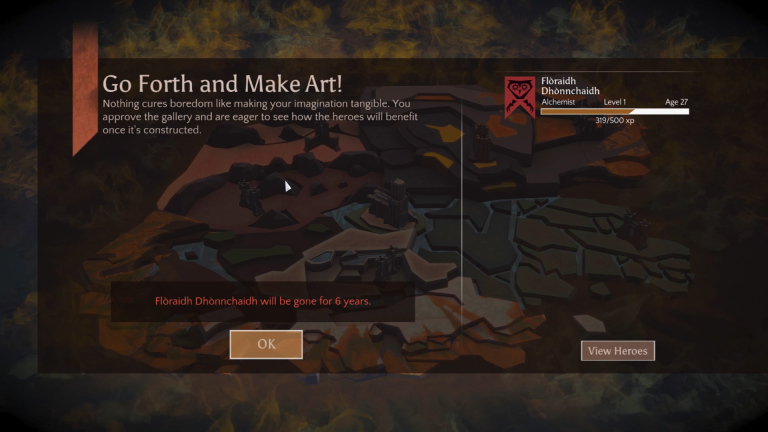 In this episode of my playthrough of MASSIVE CHALICE, I learned the danger of putting a paintbrush in the hands of someone whose only ambition up to that point is smashing Cadence demons into pieces.

One thing that MASSIVE CHALICE includes are random events that pop up occasionally while advancing the epic timeline. These events present you with a choice: do you forgive your hero? Do you let them go on an epic quest? Do you let them feed The Ostrich? These events will impact the health and satisfaction of your heroes and the country as a whole, though the benefits and penalties aren’t always immediately visible.

Go Forth and Make Art

During one such event, a hero approached the Immortal Ruler (me) and asked if they could create a building to help fellow heroes unwind. Constant training and the threat of invasion will wind one’s nerves, so it seemed like a good idea. However, I then decided that the building created should be an art gallery. And then bad things(tm) happened.

The woe! The woe!

Who knew heroes could be so avant garde?