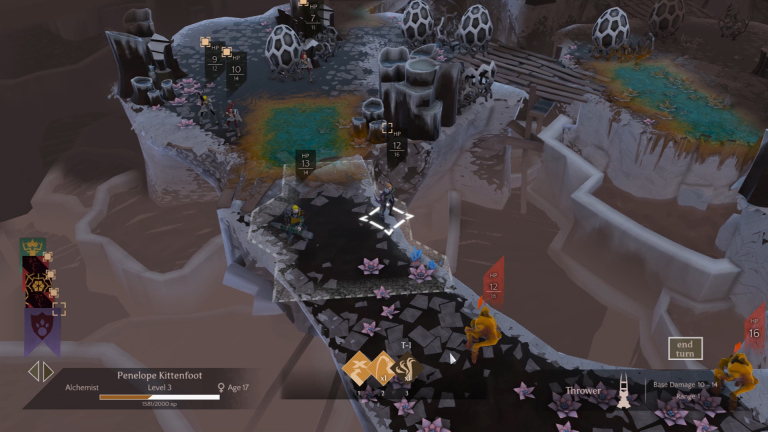 My third MASSIVE CHALICE playthrough is well underway. I’ve established my core families, got a bit of research down, and have barely lost anyone. Still, I don’t think that the game is quite stabilized yet.

I think a big part of this is that it just takes a lot of babies before I feel my bloodlines are secured. One thing that helped a lot in Episode 4, however, is the addition of the Patriotic trait to several of my heroes. Patriotic basically turns the game into easy mode, since it gives extra accuracy, movement, and evasion; I would say it’s arguably the most valuable personality trait that you can pick up on your heroes.

The reason is this: it is good for everyone. Unlike The Might of the Walrus, which only benefits Caberjacks, Patriotic helps offense, defense, and movement speed. What’s not to love?

One of the events in the game that I have now gone through three times is known as The Lash. When The Lash comes to town, you get the option to allow one of your heroes to go on a near-suicidal quest: to complete the Lash. I think that the game likes to choose your best heroes, but I don’t have any hard evidence to back it up. It just seems whenever the Lash event pops up, I’ll end up sending my best hero to their doom. But maybe this time will be different, right?

Episode 7 is probably my favorite episode that I’ve done in a long time. I don’t know what it is, but sometimes losing a few heroes makes the game more exciting. I am saddened by the loss, but am eager to keep going. Also, the puns involved in the relics just make me happy.